The Story of Lakes Appliance

Lakes Appliance & TV first came on the scene in Medford, NJ in 1982. Lakes was founded by Ken and Kathy Sieckman after Ken had left the Maytag Company. They felt they had an original approach to the business by trying to offer every brand at a great price and providing service on the appliances they sold. They believed this personal touch would make customers for life.

This approach seemed to take off in the South Jersey marketplace, and soon Lakes Appliance & TV expanded into different areas. At one time or another, Lakes had stores in Medford, Marlton, Mt. Holly, Gibbsboro, Tumersville, and Woodbury. By 2005, Lakes Appliance was a $15 million+ a year company with over 50 employees and growing. 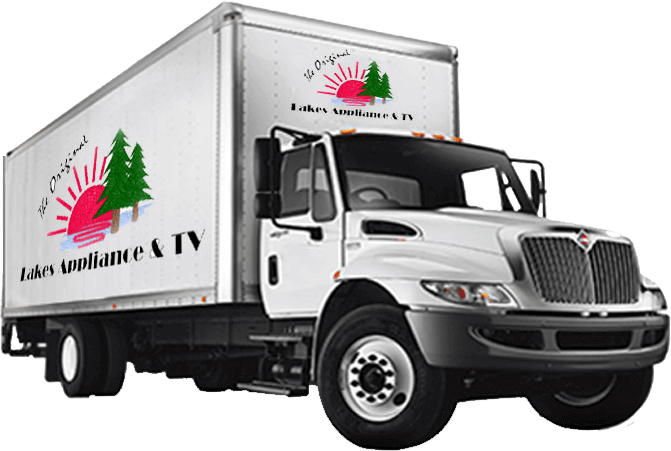 At the end of 2006, after 25 years in business, Ken and Kathy negotiated the sale of their company to one of their employees. Everyone kept their jobs and they believed that their customers would still be in good hands. Obviously not all plans are foolproof, and in approximately 2½ years, Lakes Appliance & TV closed all their stores.

Months went by and Ken's phone was ringing off the hook. Past customers were looking for help, past employees were looking for work and the money had stopped coming in. Late in 2009 a decision was made to start all over again as "The Original Lakes Appliance & TV". A location was found in Mt. Holly right in front of the old warehouse store. This was perfect; they were back in business in a 3.5% tax zone and once again were members of their original buying group in New York. Lakes' old service department was still in place so they knew they could immediately start serving their customers.

Within months, past customers of 25 years were flocking back and supporting them far more than they ever expected, taking advantage of their low overhead, knowledgeable sales staff, and 3 .5% sales tax. The following year they found their way back to the township where it all started, Medford. The store they opened there in 2011 did so well that by the fall of 2017 they relocated to a larger showroom just down the road. Please stop in to see some familiar faces like Scott, Cathy, Pat, Jim, Ed, and Larry, who are all "Originals" and are ready to help you.

Ken and Kathy Sieckman, as well as daughter Kimberly Cable, Human Resource Manager, and son-in-law Mike Cable, who runs the warehouse and delivery department, would all like to thank their customers for welcoming them back in business, and their continued support ever since. It is customers like these that encouraged them to re-enter the appliance business in the first place, and they hope to always be the appliance store they trust.


Thanks for the trust,

Tell Us About Yourself

We're proud to be a small, local business and we want to get to know our customers.

We appreciate it! Please don't hesitate to contact us if you have any questions.